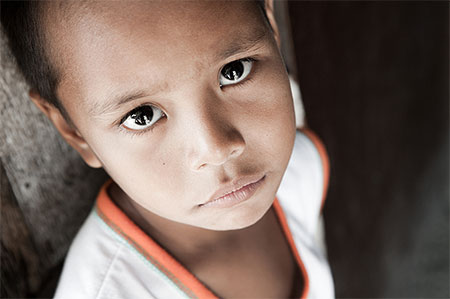 Aid for Orphans Relief Foundation (AORF) has successfully responded to the medical crisis in the Philippines caused by Typhoon Haiyan in November, 2013. The catastrophic typhoon was one of the most powerful storms on record leaving many survivors facing increased health risk due to loss of homes, livelihoods and difficult access to health care facilities. The Philippines is among the world’s most disaster prone countries due to its location on the typhoon belt and Pacific earthquake rim known as the “Ring of Fire”.

Starting in January, 2014, Aid for Orphans Relief Foundation has been collaborating with Operation Blessing Foundation Philippines, in Pasig City. As of June of 2014, we have distributed $109,750 worth of medication in three shipments. The medication we are donating is being distributed to a mobile medical clinic whose targeted population includes adults as well as 60 children under five and 40 children over five. Due to the typhoon and poor sanitary conditions, people are suffering from respiratory infections, urinary tract infections, cardiac disease and dermatologic problems. In addition, the Philippine’s health care system is challenged with malaria, typhoid and hepatitis. This particular health care facility provides emergency care, pediatrics, nutrition and dentistry. They also have a laboratory. The clinic is staffed by general practitioners, pediatricians and an internist, nurse, and dentist.

Operation Blessing Foundation Philippines has been organizing missions to this clinic two times a year for 16 years. Volunteers provide hands on care for patients, diagnosis and assist with lab work. The challenges faced by the clinic include lack of equipment, lack of affordable medicine and sometimes the particular medication that is necessary for treatment. AORF is lessening the burden to the clinic, allowing them to use their precious resources in other ways and, particularly, in helping more people receive care. Relief from this disaster in the Philippines will continue for years to come and we are committed to join international organizations, like AmeriCares and Help the Children, ansure that health care is provided to so many in need.