When famine occurs it leads to the death of many people, especially children and old people. Globally, every year as many as 15 million people die of hunger, including 6 million children under 5 years of age. There are some regions of the world where hunger never disappears.

These are the areas of Africa, Asia and to a lesser extent, South America. Areas in which the problem of hunger is the biggest are the tropics. It is the most problematic in countries such as Ethiopia, Somalia, Sudan, Chad, Bangladesh, India, Pakistan, Afghanistan, and Cambodia. These are poor countries. Often, an increase in agricultural production does not lead to improvement in the food situation because most of the agricultural goods produced are exported.

The situation is worsened by the fact that there is no money for the modernization of agriculture that would increase its productivity. However, in certain countries, that until recently could not cope with the hunger plaguing their residents, the situation has improved. The “Green Revolution” contributed to it a little bit, as well as the suppression of natural growth (especially important in China). The worst situations exist in countries such as Sierra Leone, Liberia, Afghanistan, Malawi and Cambodia. There, in the last twenty years the problem of hunger has deepened. 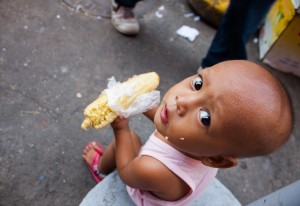 Aid for Orphans Relief Foundation supports children in need in Africa. We are providing them with basic supplies that are necessary to survive. Please do not forget about those who need your help the most.