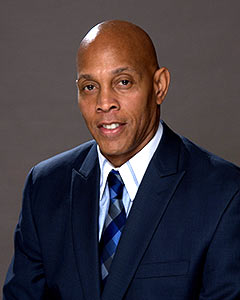 Ray Charles Robinson Jr. is an accomplished creative entrepreneur, award-winning author, award-winning film producer, and international lecturer. He is an alumnus of Whittier College, where he majored in business and minored in economics. He’s also a member of the Lancer Society of Whittier College and serves on the Lancer Scholarship Committee. As well, Raye is an accomplished and experienced Financial Advisor for Fraser Financial Group / Mass Mutual of Beverly Hills. He advises high net worth individuals on estate preservation, maintaining, and growing their financial assets.

As founder of the non-profit, Ray Charles Jr. Foundation for America, Ray is committed to serving humanitarian causes and growing ventures that support these values. With a distinct emphasis on improving global education, preserving our natural resources and environment, and expanding the role of performing arts can play in our global unity. Ray is actively engaged in the development and enhancement of his local community as well. He’s a member of Sustainable Business Los Angeles, the NAACP Beverly Hills Branch, and Advisory Board Member for California Greenworks.

He’s also the son of the legendary entertainer, known worldwide as Ray Charles. His riveting 2010 memoir, You Don’t Know Me: Reflections of My Father Ray Charles, was the winner of a 2011 NAACP Image Award eclipsing competitive nominations including memoirs from statesman and political leaders, Nelson Mandela and Condoleezza Rice. His international lectures on the Global Influence of Music, Film, and Poetry part 1, 2, and 3 have been enthusiastically received, most recently during another university tour in mainland China.

In remembrance of his father’s legacy and commitment to America music history, Ray is the catalyst behind Ray Charles Jr. Music, a new online initiative. His goal is to enhance the contribution made by creative entrepreneurs, by providing greater access to information, tools, resources, and events that inform, inspire, and elevate the business savvy of these unique artistic leaders, particularly those in the business of music.