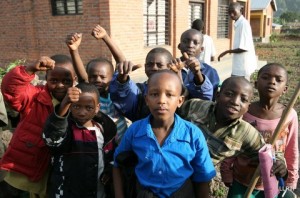 The Horn of Africa is facing a severe crisis due to the convergent effects of the worst droughts in decades, a sharp rise in food prices, and the persistent effects of armed conflict in Somali. All of the above have combined to trigger one of the sharpest refugee outflows into Kenya and Ethiopia.

Urgent life-saving actions are needed to prevent the deaths of an estimated 480,000 severely malnourished children in drought affected Kenya, Somalia, Ethiopia, and Djibouti. A further 1,649,000 children are moderately malnourished. All crisis-affected persons are at high risk for disease outbreaks, including measles, acute watery diarrhea and pneumonia

AORF is working to help children survive and thrive, from early childhood through adolescence. We support child health and nutrition, as well as sanitation, by sending basic medicines, medical supplies, nutritional supplements, and vitamins.

Severe food crisis
The massive international response to the child survival crisis in the Horn of Africa has already shown some positive results, but much more needs to be done in order to save hundreds of thousands of children at risk of dying from malnutrition and disease.

Thousands of children have already died, and more than 320,000 are so severely malnourished that they may perish as well in the coming weeks and months, if relief operations are not dramatically increased.

One thing is clear: the continued support from our donors and partners will save lives, livelihoods, and make a positive difference.

Here are the facts that are being reported about the current crisis:

•    Areas of East Africa, including Somalia, Ethiopia and Kenya, are experiencing one of the worst droughts in 60 years, that has decimated livestock and crops, resulting in famine that has forced tens of thousands to flee their homes.

•    Over eleven (11.3) million people in the Horn of Africa are in need of food assistance due to the drought.

•    Almost half of the population is malnourished in the southern parts of Somalia ; this is the highest malnutrition rate in the world.

•    According to the United States Fund for UNICEF, 2 million children are at risk of starvation in Kenya, Ethiopia, Djibouti and Somalia.

As the news coverage of this crisis increases, exposing us to devastating images of starving children and adults, we know many of you will want to support the relief efforts.